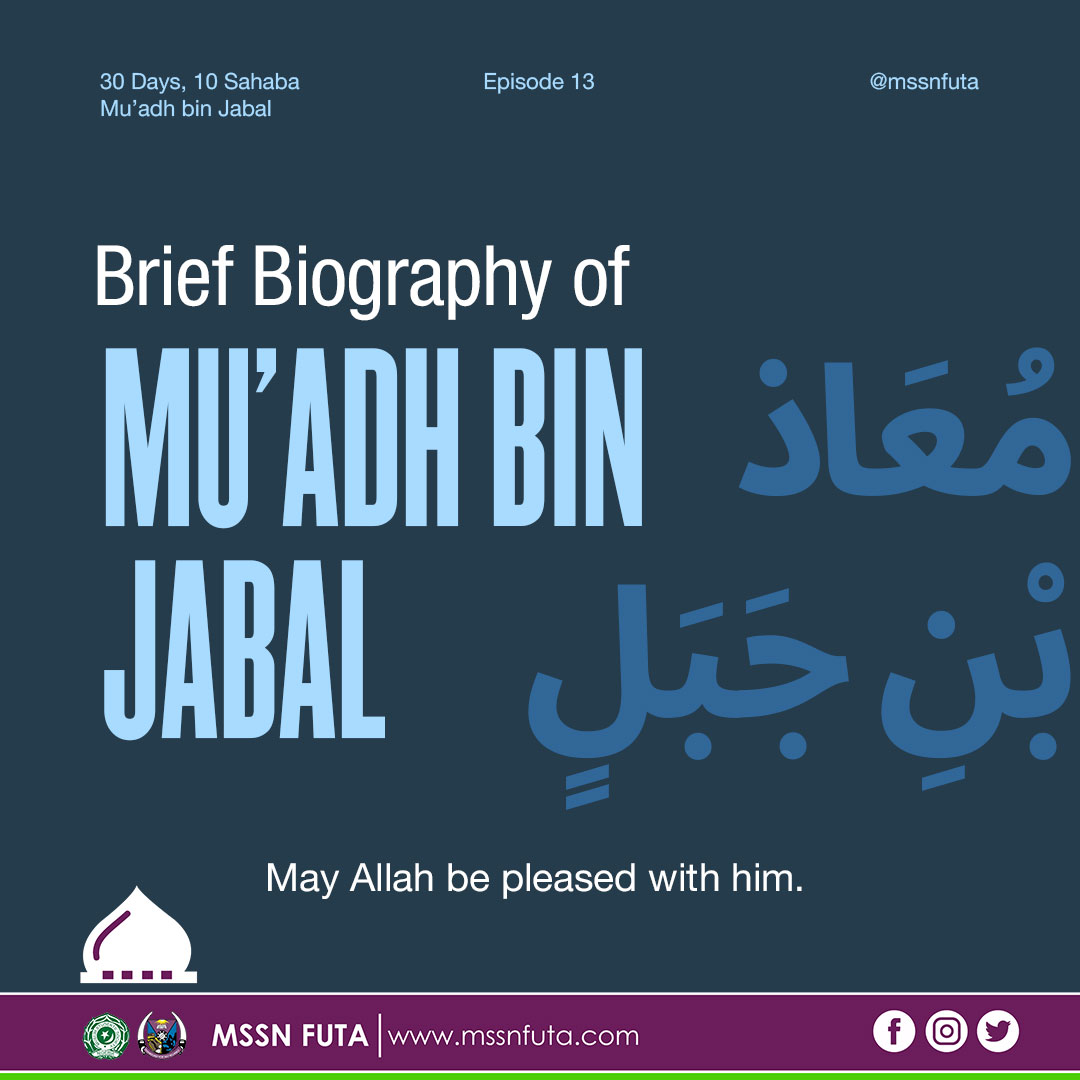 Mu’adh ibn Jabal was a young man growing up in Yathrib as the light of guidance and truth began to spread over the Arabian peninsula. He was already distinguished for the sharpness of his intelligence among young men of his own age.

The young Mu’adh became a Muslim at the hands of Mus’ab ibn Umayr, the da’iy (missionary) whom the Prophet had sent to Yathrib before the hijrah.

Mu’adh was among the seventy-two Yathribites who journeyed to Makkah, one year before the hijrah, and met the Prophet at his house and later again in the valley of Mina, outside Makkah, at Aqabah. Here the famous second Aqabah Pledge was made at which the new Muslims of Yathrib, including some women, vowed to support and defend the Prophet at any cost.

Mu’adh was among those who enthusiastically clasped the hands of the blessed Prophet then and pledged allegiance to him.

When the noble Prophet reached Madinah, Mu’adh ibn Jabal stayed in his company as much as possible. He studied the Qur’an and the laws of Islam until he became one of the most well-versed of all the companions in the religion of Islam.

Wherever Mu’adh went, people would refer to him for legal judgements on matters over which they differed. This is not strange since he was brought up in the school of the Prophet himself and learnt as much as he could from him.

His knowledge bore the stamp of authenticity. The best certificate that he could have received came from the Prophet himself when he said:

“The most knowledgeable of my ummah in matters of halal and haram is Mu’adh ibn Jabal.“

One of the greatest of Muadh’s contributions to the ummah of Muhammad was that he was one of the group of six who collected the Qur’an during the lifetime of the Prophet, peace be upon him.

Sometime after the Prophet had returned to Madinah, messengers of the kings of Yemen came to him announcing that they and the people of Yemen had become Muslims.

They requested that some teachers should be with them to teach Islam to the people. For this task the Prophet commissioned a group of competent du’at (missionaries) and made Muadh ibn Jabal their amir.

May Almighty Allah be pleased with him.

MSSN: FUTURE OF THE UMMAH 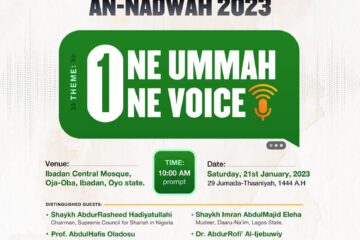 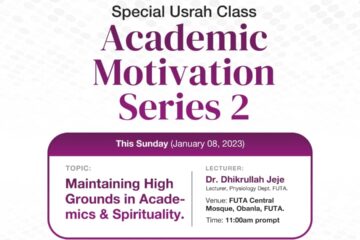 Asalamu alaykum warahmatullah wabarokaatuh dear brethren, We are excited to inform & remind you that the 2nd Edition of the Academic Motivation Series for this semester will take place tomorrow, Sunday, January 8, 2023. Topic: Read more… 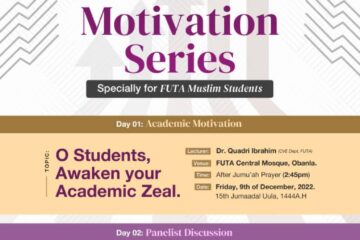 Asalamu alaykum warahmatullah wabarokaatuh dear Brothers & Sisters, We hope this message finds you well. Academics in Nigeria has been quite frustrating in recent years, and we all have our stories to tell. It is Read more…