Sunnah of Friday in Islam 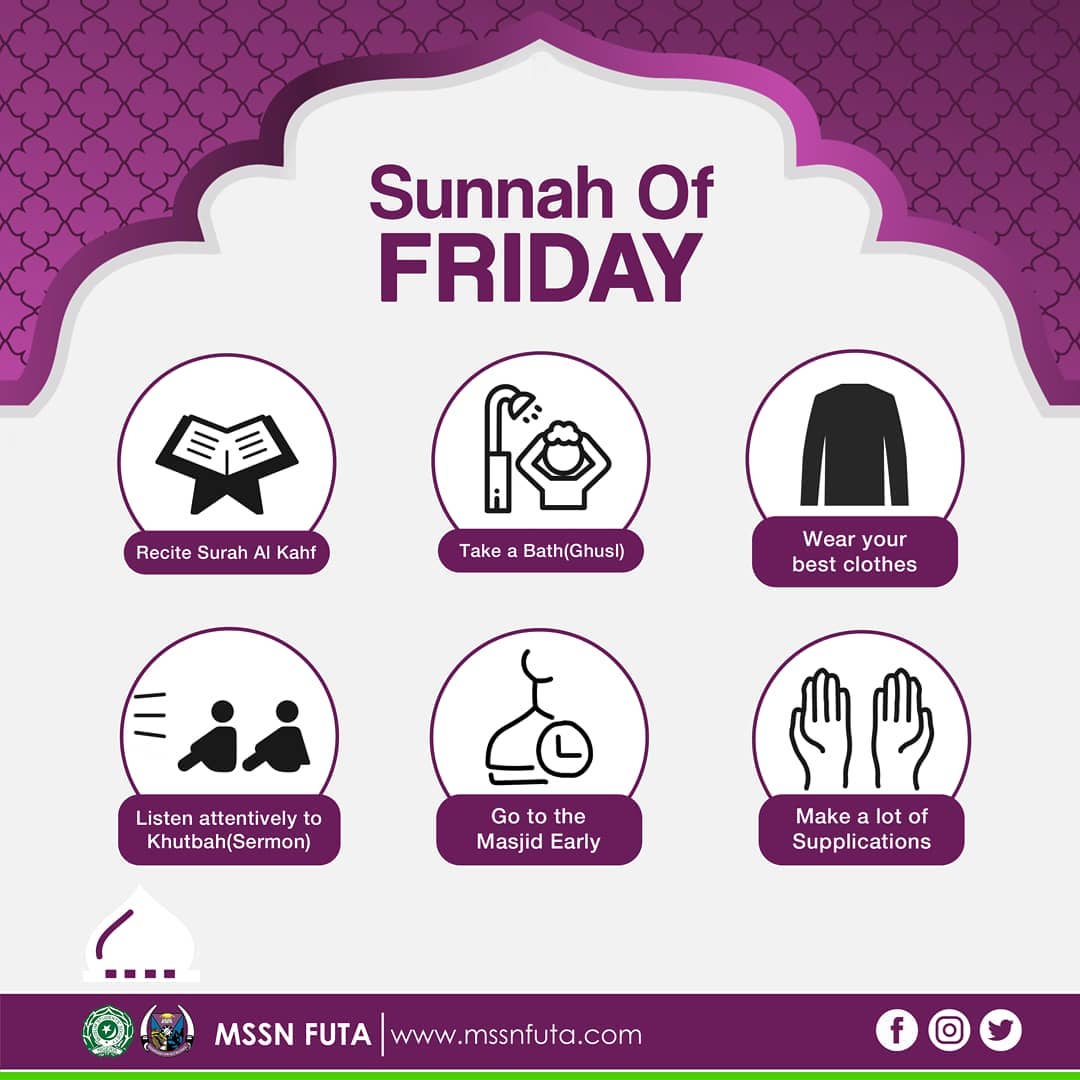 Friday is a special day in Islam all Muslims look forward to. In order to maximize this special day, we have decided to share with you 6 Sunnah of Friday In Islam you know. 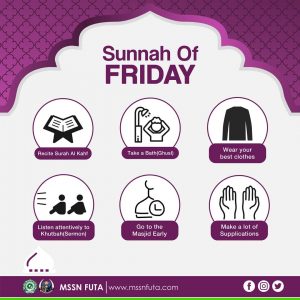 Surah Kahf is the 18th Surah of Quran Kareem and has 110 verses. The Surah tells the story of ancient followers who faces hardship in society due to their acceptance of the truth. These ancient followers then ask ALLAH for protection and he protects them by making them sleep (metamphorically) for centuries.

Reciting Surah Al Kahf on Friday has a lot of reward in which some of them are; Protection from the fitna of Dajjal when Dajal came out, Allah’s NOOR (light) shining on the face of those who recite the Surah, and lots more.

Friday Ghusl is Sunnah even if a person wasn’t in a state of Janabah (ritual impurity), or physically unclean. However, it should be noted that one who doesn`t make Ghusl on Friday isn’t sinful.

Being a special day in Islam, it is Sunnah to wear your best clothers on this day. Although, it doesn’t necessarily have to be a new cloth but it is highly recommended the cloth be one of your best clothes.

Islam placed a great importance on concentration and focus during prayer. Ali ibn AbiTaalib who’s was a cousin and son-in-law of the Prophet (PBUH) delivered a khutbah in Kufah and said in his Khutbah ;

5. Go to the Masjid Early

Abu Huraira reported Allah’s Messenger (PBUH) as saying: When it is Friday, the angels stand at every door of the mosque and record the people in the order of their arrival, and when the Imam sits (on the pulpit for delivering the sermon) they fold up their sheets and listen to the mention (of Allah).

6. Make a lot of Supplications on Friday

Muslims are encouraged to make a lot of Supplications on Jumuah Day as a number of ahadeeth of the prophet tell us about a special moment on Friday in which if a believing slave asks Allah during it for some good,[Allah will definitely] give it to him.

COVID-19 Prevention Materials Every Student Should Resume With

Recently, The Federal University of Technology, Akure made an announcement for the resumption of Academic Activities on campus and this announcement also did mention the COVID-19 Prevention Protocols. For students who might not be fully Read more… 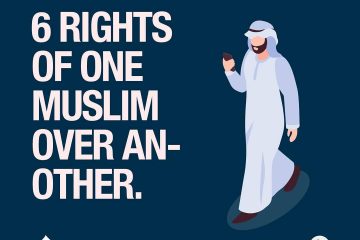 6 Rights of a Muslim on another Muslim

One out of the many interesting part about being a Muslim is the part where we have to consider others in our dealings. Here on this article, we’ll be sharing with you 6 Beautiful Rights Read more…

MUSLIM STUDENTS’ SOCIETY OF NIGERIA, FUTA Almighty Allah says in the glorious Quran; “Every soul will taste death, and you will only be given your [full] compensation on the Day of Resurrection. So he who Read more…